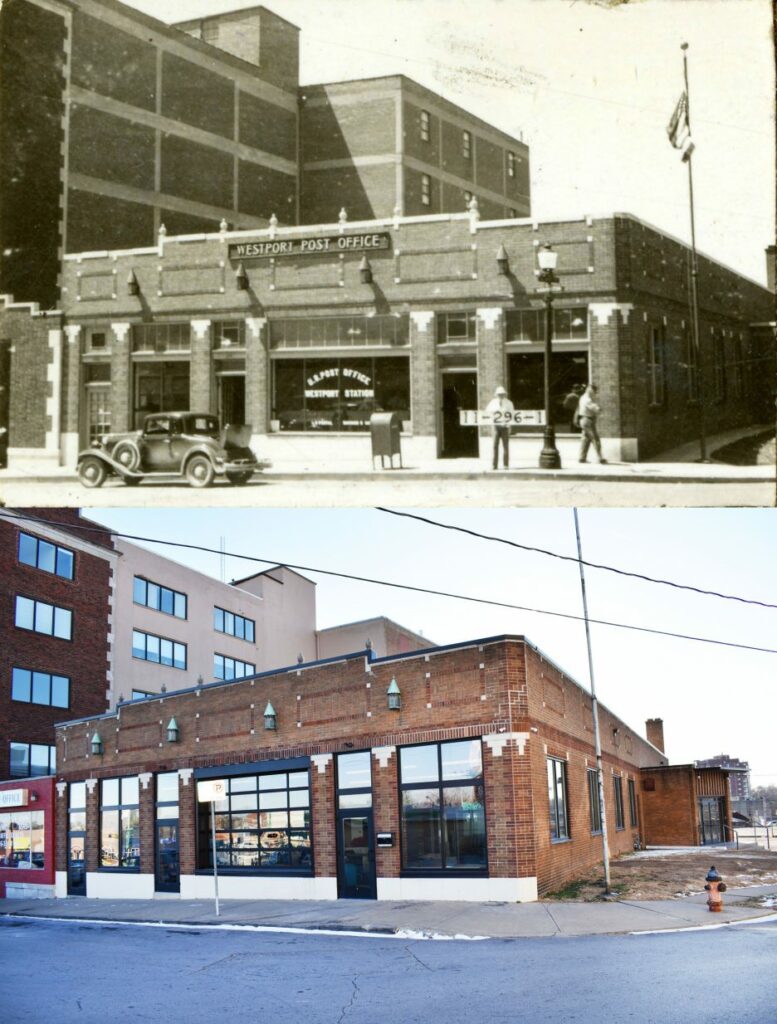 A Piece of Kansas City History Transitions to Freedom Interiors

Just before 2017, principal Carol Espinosa knew she needed a new office space, but finding the right one was harder than she imagined.

“I knew what I wanted, but I just did not know how to explain it,” Espinosa said.

She looked at numerous locations and nothing was quite right.  She remembers her broker calling her and telling her that they had found a place that she just had to see.

“We drove by the outside and I said ‘absolutely not’,” Espinosa said. “I didn’t even care to tour the inside.”

But with a push from her broker, she did. And when she walked inside and looked up to see the ceiling…

“Garold [Sokolenko] and I looked at each other and we immediately knew this was Freedom’s home,” Espinosa said.

A nearly complete gut of the building began in January of 2017 before the team of five employees moved in for good in December of 2017.

HOW IT ALL STARTED

Espinosa was a graduate of the JE Dunn Minority Contractor Development program.  A program designed to help women and minority business owners become better sub-contractors to companies like JE Dunn.  When renovations began, Espinosa knew the company did not work on projects as small as the office’s renovation and her budget likely wouldn’t allow her to hire them, but JE Dunn made an exception.  At the completion of the project, the JE Dunn Family Foundation returned their $25,000 fee, which Freedom Interiors paid forward.  Freedom Interiors renovated Connections to Success’s office space as a way to give back.

THE HISTORY OF THE BUILDING

But the real story is in the renovations.

Westport, originally West Port, was established in 1831, nearly 20 years before Kansas City became Kansas City. It wasn’t until years later that Kansas City swallowed up Westport, making it the ‘neighborhood’ it is today. The building was originally the Westport Post Office and then various other businesses until well-known photographer Ben Weddle moved in in 1993. Not only did Weddle move his photography studio into the building, but Weddle made a portion of the building his home for 23 years, fully equipped with a bedroom, kitchenette, living room, and restrooms.

While much of the space was torn down, Freedom left little nods to the original building to commemorate Weddle’s occupancy and the building history.  The large print photograph of a saxophone player hanging in the southeast corner is a piece of Weddle’s work, and the W’s remaining on the doors of the VR room are the logo of Weddle’s business.

Throughout the renovation process numerous pieces of old material were reused in other areas.  Three of the former five original front doors now hang above the bar area as decoration.  The remaining two were pieced together to provide the sliding barn door between the showroom and the education side.  Curtain rods from Weddle’s photography studio were recreated into door handles.  A large steel beam was removed in the entry way and is now part of the bar.

REMNANTS OF THE PAST

The showroom is filled with pieces of history. You can still see original wood floors; the terrazzo flooring on the education side that was original to the post office; a time capsule buried near the showroom garage door, and even handwritten notes from contractors on the beams of the barrel vault ceiling.

Weddle personally constructed the steel framework in the space, with the help of two friends.  The current VR room was Weddle’s office.  The two focus areas in the showroom were once a men’s and women’s dressing room for Weddle’s photography studio, and there is still an aerial photography nest in the space.

When creating the floor plans for the space, Espinosa knew she wanted to have a social area where her team could gather and interact with one another.  And the idea for a bar was born. Because there was a full bathroom in that location previously, it was only natural to place the bar there because of the existing plumbing.

“We put our whole heart into that bar,” Espinosa said.

The original sketch of the bar was done on a Raising Cane’s napkin that is framed and sits on the bar today.

The base of the bar was a recycled beam from the front entrance, and the bar top was hand selected by Sokolenko.  Urban Lumber Co. of Kansas City removes sick trees and trees from construction sites in KCMO and recycles them into new pieces.  A tree from the UMKC School of Engineering campus expansion project was reused at the bar to create the one-of-a-kind honey locust wood top.

But the bar area just wasn’t quite complete. A personal friend of Espinosa, JP Derham, had a surprise. JP is the owner of JP Welding, a veteran-owned small business who did the steel work in the space, including the bar’s beam and the steel bathroom partitions (an inspiration Sokolenko got from Boulevard Brewing).

“I didn’t know exactly what I wanted the backdrop to be.  We had thrown around a lot of ideas, but JP said ‘let me just surprise you,” Espinosa said.

JP created a 10 by 8 foot wood backdrop made from reclaimed Missouri barn wood back lit with LED lights.

Today, the showroom is fully furnished with Herman Miller furniture.  There are multiple configurations used with their Canvas Office Landscape, showcasing the versatility of the line. The sales team sits on Canvas Channel, a freestanding workstation with intuitive access to power and data. These can be easily moved or reconfigured for individual or group settings.  The project management team works in Canvas Wall system, a full-powered panel system. The interior designers sit on Canvas Vista, a very sleek design that cut down on the physical size of the workstation to free up space by shared storage pieces. Espinosa’s sits on a Canvas Private Office, a larger, individual office desk with more storage.

Moving to the education side, you would never guess this post office was also once an extravagant hair salon suited with 15 individual booths, chandeliers, and a hand-stenciled wall.  Espinosa even contemplated turning that portion of the building into an apartment, but after growing the education portion of the business she knew there would be a future need for the space.

Clockwork Architecture + Design designed the wood façade bordering the training room, which is the same reclaimed Missouri barn wood that was used to create the bar’s backdrop.

Where a large garage door now resides was once storefront windows.  During the removal of the windows, bricks began falling and the entire east wall began to cave in.  After bringing in a structural engineer, the budget for the back patio and the slide coming down from the mezzanine (yes, there was a slide in the plans) was used to add structural support to the wall.

Just a month shy of move-in, cement floors were poured on the education side where the wood floors were too damaged to keep.  On November 2, 2017, each of the five members of the Freedom team left their handprint near the permanently closed side door that was originally used by the Post Office to bring mail carts into the building.

In early December of 2017, Freedom Interiors moved into their new space and Espinosa got her dream office space.  Well, everything except the slide coming down from the mezzanine.